US gross domestic product growth may be the strongest in recent years, show several reputable economic models. Thus, according to the Federal Reserve Bank of Atlanta, it will be 3.8%. Macroeconomic Advisers, LLC forecasts 4.8%; only once after the end of the recession in 2009, the US economy grew faster – by 5.2% in the third quarter of 2014.

Unemployment in the country is reduced to a minimum within the latest 18 years. Corporate profits are growing rapidly. Analysts improve forecasts of financial results of public companies. According to analyst S&P Dow Jones Indices Howard Silverblatt, the operating income of companies from the S&P 500 will increase by 27% due to sales growth and lower taxes in the United States.

Presidential administration of Donald Trump calls the acceleration of the economy a new norm. “An investment boom has begun,” claims his chief economic adviser Lawrence Kudlow. “In Q2, real GDP growth will exceed 4%, and in the second half of 2019, it will also be high.” 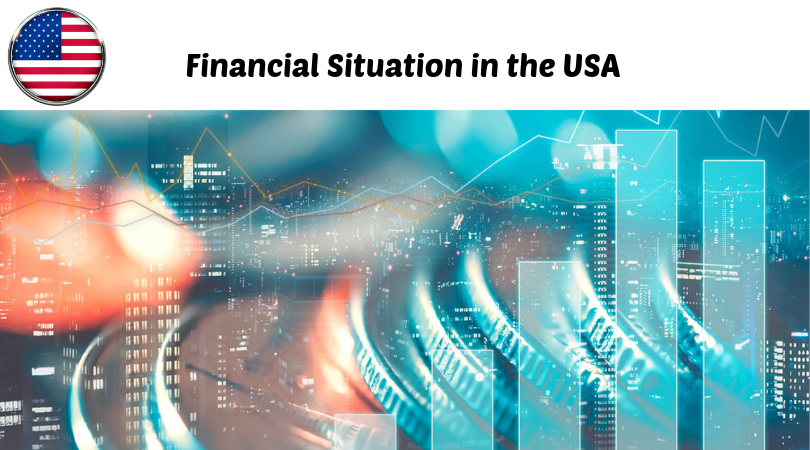 The past quarter may become the peak, after which the slowdown will start.

Few people outside the White House believe that the economy will be able to maintain such a pace for a long time, in part because of the aging population. In July, the 10th year of uninterrupted growth of the US economy begins; this period is already the second in duration in history. The average GDP growth during this time was 2.2%, and its previous swings were followed by a slowdown. According to the median forecasts of the Federal Reserve System (FED), GDP growth will be 2.8% this year, 2.4% in 2019, 1.8% in the long term.

One of the factors accelerating the economy in the second quarter should be an abrupt increase in exports in April and May. According to analysts at Barclays, this may reflect the attempts of companies to have time to sell more goods before the introduction by the US trading partners of response duties on imports of American products. If this turns out to be in this way, US exports will slow down, especially since the trade conflict between Washington and Beijing are still observed.

Trade disputes can also negatively affect the mood of consumers and businesses. While consumer confidence is now high by historical standards, the Conference Board reported a stronger-than-expected decline in its index. Corporate investments, according to the US Department of Commerce, increased in the first quarter by 10.4% in annual terms. But there are doubts about the sustainability of their growth.

Such a tempo of economic development is becoming a major risk for the US economy. In the late 1960s, unemployment in the country was also 3.8%, and this results in an acceleration of inflation, and in the late 1990s, the same record growth in employment coincided with the advent of many technology companies, many of which collapsed at the beginning of the century.

In May, inflation in the United States reached 2%, the maximum in the last 6 years. Therefore, the Fed’s goal is to raise interest rates so that prices do not grow faster, but do not interfere with economic growth. Previously, it wasn’t ever managed to achieve this goal without provoking a recession. The economy is now growing faster than its capabilities. Americans just have to hope that a boom will not be followed by a recession.